Six months, no beer and a crossword 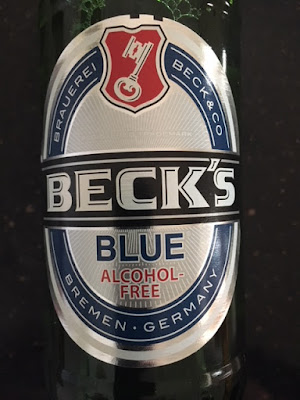 The other day I realised it was more than six months’ since I’d drunk any alcohol. The milestone had passed without my noticing, and I might have gone longer unawares had it not been for the morning crossword.

The answer, for those who can’t wait, is given below.

Quite why the solution should trigger thoughts on sobriety says as much about my lateral mindset as any inherent logic - but it’s instructive nonetheless. For what I've discovered these last six months, is that quitting alcohol is a bit like putting money in the bank - at first there’s not a lot to show, but after a while, the interest compounds.

And in my experience, I'd say the rates are pretty high.

For starters I've lost ten kilos. In not drinking I’ve foregone tens of thousands of 'dead calories’; add to that a reduction in associated snacking, and compound the gains by taking more exercise because I have more energy -  and the net result is the easiest diet I've ever been on.

There’s a noticeable financial benefit too. It’s harder to be precise here, but I reckon in my case the saving is around thirty pounds a week after including the odd drink in the pub and wine at restaurants. On that basis if I stay dry for a year, all our utility bills are covered.

Meanwhile, I’m sleeping better, worrying less, and haven’t had a head ache in months. The icing on the cake - or more accurately, ’off my scalp’ - is that my persistent eczema has almost gone.

None of this should be a surprise.

We all know that alcohol is a mild poison; that in quantity it induces weight gain, diabetes, cancer.. and in some cases, grips with an addiction that can be life destroying. Second to smoking, giving up alcohol is just about the best thing you can do for your health.

But let’s face it, that’s not the way most of us view a few beers or a bottle of sauvignon on a night in.

Rather we see booze as harmless fun; it helps us to relax; it’s part of a good night out - and it tastes great too, doesn’t it?  Even after six months abstinence I’d concur with most of that - so feeling this positive about not drinking is somewhat of a surprise.

And let’s face it, abstaining is bloody hard - even for people like me who didn’t drink a great deal in the first place. Not only are there habitual cravings to deal with, there are disruptions to our social patterns, and impacts on our partners and friends…  The consequence I found most difficult to deal with was Jane saying how much she missed us not sharing a bottle of wine together.

Alcohol is now so central to our culture that giving it up also invites a surprising amount of resistance. Why not just cut out wine - how about drinking only at weekends - when are you starting again; you’re making us feel bad…  The pressure to justify sobriety is a phenomenon so universal that support websites regularly offer tips on how to ‘come out’ as a non-drinker.  One I read recently  advised telling friends that you’ve taken up a year-long challenge for charity… Really?

But this is a time to celebrate not to analyse.

For despite the challenges, having stuck with it, I’m more motivated than ever to keep going. I guess it’s like any achievement - what at first seemed improbable, gets easier over time. The cravings subside more quickly than you’d imagine (about 60 to 90 days is key); real friends quickly accept your decision (and those few that don’t, well…); there’s even a slight danger of smugness. For in viewing the world unfiltered by booze - especially in the mornings - I've discovered a joy as intoxicating and as achingly more-ish as any good malt whisky. 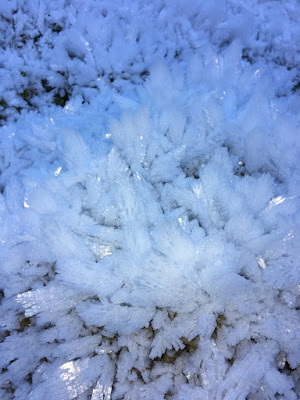 This week I learned of two deaths - they could not have been more different.

On Tuesday I was told that my ex father in law had died.  He must have been ninety or thereabouts; a kind man, gentle, with a wry sense of humour.  I’d not seen him since I separated from my first wife nearly thirty years ago, but I’m grateful still, for the care and support he gave me when starting out on adult life. I hope, that we didn’t speak says as much about distance and life moving on, than any lasting anger on his part.

When I heard of his passing I didn’t shed tears. Death at any age is sad, but there is comfort in the knowledge of a life well lived. We can celebrate what the person gave us, rejoice in shared memory, and - especially if there are descendants - take comfort in a sense of their contribution to the greater life journey.

For my part, this is as close to faith as I get.

Yesterday I learned too of the death of one of my son’s best friends. More accurately, I should say ‘had confirmed’, for we knew through the grapevine, and in our hearts, that the skier reported to have fallen 650ft in Oz-en-Oizans, was Jordan.  One slip on the ice and…

As I write these few words, my fingers are tensing at the keyboard; my eyes are wet and it hurts to swallow. I am thinking of the time he came to our house and we played table tennis in the garden -  so vital, so competitive, such fun to be with…  Twenty years of the life force embodied in physical form.

And because of that, and because he was such a good friend to my son, I feel anger as much as grief. Anger at an industry that pretends the mountains are a helter-skelter ride; which revels in putative adventure but diminishes the risks. Its apologists will cry otherwise, but they are wrong… and the litany of deaths every year gives evidence to their self deceit. There’s more to be said on this, much more… but now is not the time.

Every night this week I have slept badly; troubled in a way by my own distress.  After all, Jordan was my son’s friend not mine; I’d met him only a handful of times. I know that in part, it’s a dread of ‘what might have been'; a parental unease at events that feel too close for comfort - 'but for the grace...' as they say.  But there’s more to my sadness than that.

For if I’m honest with myself, the first line of this piece isn't strictly true. To a man of no faith, all death is the same - an oblivion, regardless of when and how it occurs. That void is beyond our knowing, and as such, I can just about bear it. What’s harder to reconcile, are the memories cut short, the potential lost - the link to life’s journey, more severed than stitched.