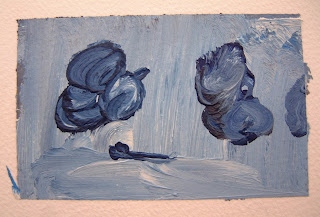 Storm clouds gathering, MC 2003
Yesterday, I overheard a conversation about the Government's tax and spending  proposals. The thrust of the discussion was whether one proposal or another was fair or unfair. Why was the winter fuel allowance applied universally, when child benefits were not? Should the rich pay more, or was it fairer to cut services?

As someone who studied, and is passionate about, ethics, I ought to be pleased. Not long ago all that seemed to matter was your position on the unions or the bosses, the Pound or the Euro, deterrent or disarmament. Fairness wasn't the issue: now everyone, it seems, wants to claim the moral high ground.

Most political eras leave a legacy in the public sentiment that can last longer than their more tangible achievements. The Tories under John Major left us with the concept of prudence - so strong was the idea, that even with three consecutive majorities, New Labour never dared to question it. Whether that was good or bad is beside the point - what matters, is that it constrained their ambitions, and particularly the way they positioned their policies.

Of course, that's not how it turned out. We've ended up with the highest ever debt, following one of the longest periods of economic growth - that's not the way most of us understand the term prudent. And even if we allow for factors outside the Government's control you'd still have to question their approach to, say, the housing boom, public debt and the affordability of services.

I don't want to take political sides here (frankly, I suspect the Tories would have done much the same) - my point is that as prudence became a catch phrase that was bandied about so often we forgot what it really meant. And I fear the same over our evangelical conversion to fairness.

In truth, I don't envy the Government's task. Personally, I'd have pushed harder in some areas and eased off in others, but then we all have our preferences. The fact is, we face a huge and complex problem and by definition there is no easy answer. As they stand, I think the measures are a reasonably pragmatic solution to what is frankly, a bloody mess.

And you know, I'm fine with that. Sometimes the most appropriate response is to act firmly, even if it is less than perfect. I can't say I'm happy about the cuts and I deeply resent the imprudence that got us to where we are, but I'm prepared to give it a go. All I ask is one little thing.

Don't insult my intelligence by claiming it is fair.
Posted by The bike shed at 6:24 PM 4 comments:

The flight of bats 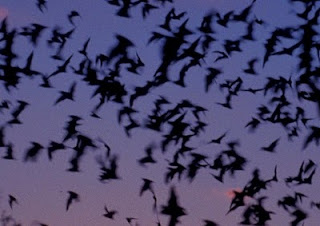 Photograph from Google Images
The nature writer J A Baker described the flight of bats as 'dry freaking' - a typically casual description that belies the skill of his writing. In two words he captures the experience, and the phrase comes to mind whenever I see them on the wing.

This summer I have been watching the bats in the caves at Newgale. Occasionally, they fly in the day, hunting moths that stray into the ridge lift. On Saturday, one took to the air from a cleft in the sandstone - its lunatic pattern of tumbles and falls (do you see what I mean - dry freaking is so much better) mesmerised me for fifteen minutes.

Bats, more than any other animal, remind me of how extraordinary nature is. We know they are effectively blind, 'seeing' the world though sonic resonance and yet able to pick out a hover-fly in a force six coastal wind. How must the world appear to them, I pondered, pulling up the collar of my fleece and turning to the curved horizon of St Brides Bay.

The idea has long fascinated philosophers. Schopenhaur thought long about the grim and (in his view)  somewhat pointless existence of moles, leading him to his theory of Will and Representation as the ultimate force in life. Others, such as Kant, concluded the world as it is in itself  is unknowable - we are inherently limited by our experience and capacity to understand. (For a practical example of this, try imagining an entirely new colour.)

But my fascination with bats is less to do with philosophical meaning and more about the sheer oddness of the way they exist. It is, I suppose, the recognition of nature as 'other'; of it always being 'beyond' us, no matter how far 'above' it we may think we are. Of course, we are part of nature too, but we should avoid reducing it to our limited perceptions.

Earlier this year I met a former researcher from BBC Spring Watch.  She recognised the dilemma and empathised with my dislike of those wildlife documentaries that give lion cubs names like Sheeba or Shakira. The problem, she explained, was that without the anthropomorphism, the viewing figures plummeted.

That may be so, but I remain sceptical of the merits. The bats I watched on Saturday didn't require a name to be fascinating; still less did they require a narrative. Indeed, I'd argue words of any sort could never do them justice. Though admittedly, and through enviously gritted teeth,  I'd concede 'dry freaking' comes damn close.
Posted by The bike shed at 11:49 PM 5 comments: 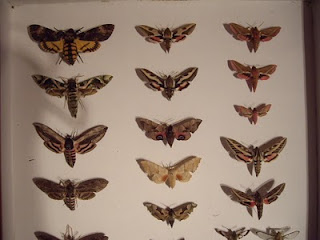 I wonder if there is any greater display of eccentricity than the annual exhibition of the Amateur Entomologist Society? It is held at Kempton Park every October and attracts thousands of butterfly, bee, beetle and stick insect enthusiast. There is much tweed in evidence, a fair number of spotty youths with shortish trousers and many of all ages who could do with paying more attention to their personal hygiene.

Not that I fall into any of those categories. But I must admit to being easily seduced by a fine display of hawk moths, and show me a perfect  specimen of Actias Luna (don't worry, detail not really important) and my wallet is out before ... well before I've told Jane anyway.

I first went to the exhibition when I was eleven - in the days when it was held in Kensington. In some ways not much has changed: the same interest groups (coleopterist, lepidopterists, odanatists, dipterists) proudly manning the displays of their somewhat peculiar passions; the same collector types drooling over second hand copies of Wayside and Woodland Beetles at £200; the same ruddy faced evangelicals promoting the 'bug club' for young entomologist.

I suppose there are fewer academic displays now (hardly any in fact); it's become more of trade show than a scientific gathering. But there were still little gems that still made me smile.  Like the guy who announced to the crowd - if anyone would like to know more about nematodes, I'll be free to give advice later.  Or the lady enquiring at the Watkins and Doncaster stand, Do you still have your shop in The Strand?  No madam, it closed before the war.  Pity, I was thinking of visiting for a moth trap...


But one difference was evident - a new breed of 'goth entomologists' threatening to usurp the resident nerds. Goth males were invariably in their late-teens or early twenties, resembling rejects from Games Workshop: multiple piercings, dagger tattoos and complexions that could do with more sun. Behaviourally, they made a bee line (entomology pun there) for the spider and scorpion dealers, after which, having stocked up nymphs and blowflies, they went looking for suitable mates.

And there appeared to be no shortage of stout females in black smocks - also with multiple piercings, dagger tattoos and complexions that could do with more sun.  Judging by the number copping off in the grounds of Kempton Park, I'd say breeding conditions were excellent and a good time was had by all.

On reflection, I'm not sure they're really very different.

As I walked to the car one of them was lying across the path, his head in a bush, groaning. Excuse me? I said testily, stepped over his Doc Martins and expecting a drunken grunt for my trouble. Oh, I'm so sorry, he replied in immaculate English... it's fascinating in there: dozens of larvae in about their third instar I'd say, and some very interesting beetles too. Woud you like a look...  I laughed all the way home. 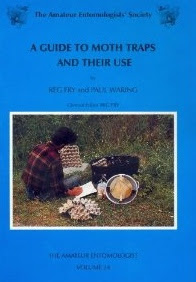